Skip to content
Home South West London Property Where to live in London?

When I started working in London, back in the 1990’s, I lived in Battersea. My colleagues at work used to tease me when I left to go home each evening… “Off to the Badlands, are we?” They lived north of the river and thus assumed an air of superiority, which although manifesting itself in gentle joking, remains a constant social thorn in the side of London’s middle classes.

Even now, when Garrington property finders London are approached by clients to conduct a property search for properties in Chelsea, Pimlico or Fulham, we enquire whether they are prepared to consider travelling across the river to the perfectly affluent and appealing enclaves of Battersea, Clapham or Wandsworth. Invariably the answer is “no”.

And yet, nearly all the exciting development that is happening in the capital is south of the river. The Shard has already imposed itself as a ground breaking (or should that be cloud breaking?) building. The new development at St George’s Wharf has been in the news recently and to come, we have the long anticipated redevelopment of the Battersea Power Station as well as the vast program of works scheduled to transform the Nine Elms area. The many feet of column print written about these schemes could well be enough to span the river several times by the time the developments are finished and yet, the appetite for people to make the trip across may take longer to be realised.

So why is it that people are so particular about this north – south divide? Certainly the proliferation of smart shops, excellent transport connections and countless streets of attractive, period homes is a big reason why those postcodes north of the Thames continue to attract such competitive demand. But Battersea and Clapham have some lovely green spaces, some outstanding properties and a village atmosphere with buzzing boutiques and cheery coffee shops. Northcote Road and Abbeville Village are just two shining examples. Tube and rail connections are plentiful and there is an excellent network of bus routes ferrying people to the centre of town. Is it purely because they know that if they live south of the river, their bragging rights are gone and their social standing is diminished?

Well, maybe they are going to have to re-think their aspirations. Prices in SW3, SW1 and SW7 have seen some of the most prolific increases in recent years, to the extent that the vast majority of people have been priced out of these areas. Wealthy international buyers have snapped up what few offerings there have been, leaving people to look further afield. With the vast program of works coming south of the river, together with the retail opportunities that they will attract, as well as the addition of transport connections, prices in the area will inevitably rise. The price gap will certainly close and those who have bought already or are soon to do so, will be the ones with the satisfied look on their faces as they see their investment increase far faster than that of their northern neighbours. Why choose to live in a cramped 2 bed flat in South Kensington when you can, for now, afford to have a 4 bedroom house with outside space in Battersea? It is only 1 mile south, and with more people working from home than ever before, the pressing need for transport becomes less of an issue. 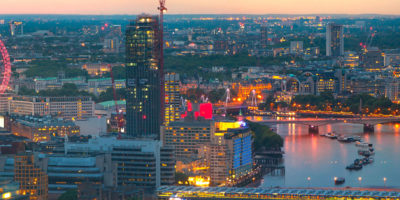 Where are the good places to live in London? 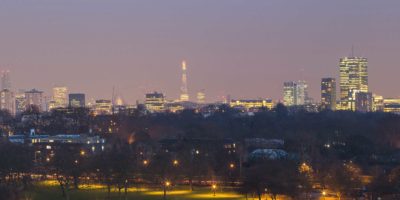 London Property Market: Living on the edge in SW London