Whilst the seemingly unstoppable rise in values of property in London continues to prove an unmissable opportunity for long term investors, there is no denying that the vast majority of long established popular parts of the capital are no longer affordable to most. This has resulted in a shift in focus to the fringes.

Hidden areas that would previously only have been considered by the indigenous population have now fallen onto the radar of buyers having to compromise on their preferred location.

Garrington has advised countless clients in recent years on considering compromised locations, opening their eyes to the affordable opportunities that exist, often within spitting distance of their first choice.

Indeed, this adjustment has not just been restricted to the Chelsea’s, Notting Hill’s and Mayfair’s of this world. For example, when Crossrail was given the go-ahead, there was a rush to snap up property in the areas where Crossrail stations would be located. Ealing in west London is a classic example. Here, the Berkeley Group are putting the finishing touches to their landmark Dickens Yard development, one of several new developments in the area and the developers have no doubt all benefitted from the rush to invest. However, there is an argument that Ealing has peaked and more affordable areas close by, such as Hanwell, are the ones where we are directing our clients.

Richmond in south west London is another case in point. With its enviable location on the river, excellent shopping, a selection of superb schools and the stunning Richmond Park, this is a location that has always been in demand. Yet, prices have shot up in recent years and it is now beyond the realistic ambition of most. But with our detailed local knowledge, Garrington has been able to steer clients to more affordable nearby villages, such as East Sheen or Mortlake, where the benefits are much the same and yet prices more competitive.

There are numerous other examples but it remains for Garrington to advise, even educate our clients of these opportunities, the hidden gems that would not previously have been known about, let alone considered.

If you would like to know more about this subject or are looking for the perfect property in London, please contact us. 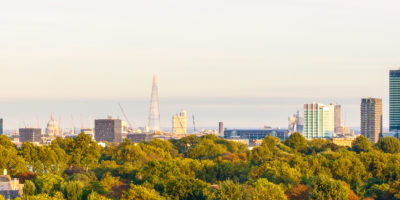