Having lived and worked in various areas of London I’ve found the differences in London lifestyle each area has bestowed me, to be fascinating. It’s almost as if it took me on a journey of discovery to find out where I ‘belonged’ in London.

Most of my life my parents had a house in Stockwell, South West London, in which I spent school holidays. Stockwell is an area where polar opposites in society live cheek by jowl, renowned for its large double fronted houses with sizeable gardens in ‘Mary Poppins’ style conservation ‘villages’. Often these affluent middle class pockets sit alongside some unattractive council estates. However, as time has moved on Stockwell’s central location and excellent transport links mean a lot of these estates are being demolished and in their place fashionable new build housing is emerging. This means the rural village type social events are attended ever more enthusiastically by young professionals who will eventually move into the more sizeable family houses in an area less defined by its contrast and more by its increasing population of city slickers, lawyers and media types.

On my return from University, Clapham, seemed like a logical place to settle. Not moving far from my Stockwell roots and connections Clapham has an active and varied night life with a wealth of bars and restaurants and of course Clapham Common which has become a hub of activity for exercise enthusiasts as well as hosting a wealth of events during the summer months. Clapham then as now, is made up of young sociable university educated individuals and of course is ever attractive to the families that take advantage of the green open spaces and excellent schools, both state and private.

Having grown out of Clapham (as I believe some people do) the next logical place for me was Battersea, which I feel has a more mature resident, more sedate park life and less crowded bars/pubs and restaurants, no doubt owing to its proximity to Chelsea. A lot of friends have since bought in this area which is predicted to be an excellent place to invest as prices push people further from the centre and numerous developments spring up along the River Thames (including Battersea Power Station).

Eventually having made no anchoring investment in Battersea and lusting after the other side of the river I moved again! This time to Chelsea and the heady heights of Cheyne Walk. Cheyne Walk is famed for its neat rows of smart Georgian houses spread along the river and profits from its proximity to the Kings Road (KR) and Sloane Square. The ‘KR’ and Sloane Square does mean an increasingly youthful population, locally known as, ‘Sloanes’ but also hosts some quality eating and drinking establishments and an array of shops from high street to designer.

Working in Belgravia at the time I found Chelsea to be surprisingly ordinary and its local residents a mix of very down to earth Londoners as well as an international population who seem to congregate in the affluent white stucco-fronted, garden-squares.

My next move was to a quiet street conveniently situated off Kensington Church Street. I think I have found my final resting place, there is just something about Kensington which I interpret as genuine, friendly, sophisticated and fun. Apart from our rather famous royal residents, Kensington and neighbouring Notting Hill, is home to an eclectic mix of ages, nationalities and backgrounds that I think are partly responsible for providing this exceptionally homely London lifestyle. 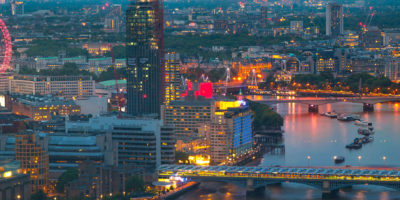